We all know the significant nutritional benefits of healthy fatty acids like omega-3.  However, it’s not easy to get your recommended dose of omega 3 in a day so many people turn to supplements to fill this need.  In the past, fish oil supplements have been used as a primary source of omega-3, but recently krill oil has also emerged as another excellent source.

How does each compare and which should you choose?

What is fish oil?

Fish oil is taken from fish, but not just any kind of fish.  Specifically, fish oil is derived from fish like mackerel, salmon, sardines, tuna and anchovies.  These fish may be caught from the wild, or farmed particularly for supplements.  The fats from whales and seals can also be sources of fish oil.

What is krill oil?

Krill oil, on the other hand, is taken exclusively from krill.  These are very small crustaceans which resemble shrimps and they mainly eat tiny plankton in the ocean.  These krill are also a food source for whales, penguins, and seals.  A more recent discovery, krill oil is also high in omega-3, similar to fish oil but is priced higher.

What are their nutritional benefits?

Fish oil is known to be rich in omega-3.  It’s estimated to have around 30 percent of healthy fatty acids.  Consuming fish oil can help lower the risk of developing heart problems and stroke.  It also combats inflammation in the body.  In addition to this, studies have shown that fish oil also has beneficial effects on cognition.  Some research has even been done that show less anxiety and improved wellbeing for patients suffering from depression when they take fish oil.  This may be because these patients have been found to have reduced levels of omega 3 which has a positive impact on depressive tendencies.

Krill oil, meanwhile, contains only about 14% of omega 3 fatty acids.  However, it’s considerably high in antioxidants, especially compared to fish oil.  The antioxidant most found in krill oil is called astaxanthin and it’s also responsible for the distinctive pinkish color of crustaceans.  Another advantage of krill oil is that the structure of its fatty acids is different.  While the fatty acids in fish oil have a triglyceride structure, in krill oil, the omega-3 contains a phospholipid structure.  Because of this, krill oil is more easily absorbed by the body.  At the same time, this makes it more effective than fish oil and increases the potency of its omega-3 and antioxidants.

As we can see, fish oil has higher omega-3 content.  However, krill oil has a greater variety of nutrients plus, when it comes to absorption, krill has a higher and faster absorption rate.

Are they safe for the environment?

Although fish oil is more readily available in the market, one of its main concerns is the excessive harvesting of fish and reduction of the fish population.  Because of overfishing, we are rapidly consuming at least 15 % more of the fish population in the ocean than what is recommended.  Many of these fishes are used in the extraction of fish oil.

As for krill, the Antartic region is rich in them and only about 2 % of it has been harvested to extract krill oil.  Some groups claim that harvesting krill is reducing the food of seals and whales.  However, studies show that aside from the fact that humans are harvesting only a small portion of the krill population, whales, among other animals eat only a minor amount of krill compared to the amount we harvest.

Krill oil is more expensive because of its complicated manufacturing process.  Krill oil needs to be processed and harvested more quickly to prevent the oil from decomposing and becoming rancid, plus krill are usually found mostly in the Antarctic region.

Do they contain contaminants or toxins?

Because fish oil is taken from fish that could be raised in farms, they may be exposed to toxins such as mercury and other poisonous metals like lead.  Krill, though, are taken only from the fresh and pure waters of the Antarctic.  However, you also need to make sure that the krill oil product you’re purchasing is genuine.  This is why it’s important to choose fish oil and krill oil supplements that are produced by a brand you can trust.

To sum it all up, choosing fish oil or krill oil depends on your preferences.  For higher omega-3 content, opt for fish oil but if you’re looking for a supplement with omega-3 plus anti-oxidants, go for krill oil.  Budget-wise, fish oil may also be a better option.  On a final note, though, if you have any health conditions or are already taking medication, make sure to consult your doctor first before purchasing supplements.

Also read: These 10 Health Benefits Of Yoga Explain Why It’s The Perfect Form Of Exercise 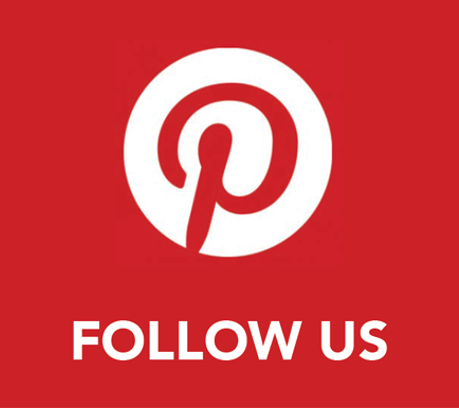